by Abula
The time has come to finally move the server to the new case, this is a build that i avoided doing for almost a year, if you wish to see the old build check ServeMi, 23TB Server. Specially since 7/8 Hitachi 5k3000 had bad sectors, i had to run the outside with HDD Recover for days, interestingly the samsung all were fine. Either way this is the main reason i avoid raid or parity based server solutions, as if i had raid, i would have lost all my movies, or i would have to re rip them...

The idea initially was upgrade some drives to 4tb, and get a bigger case, but upon checking the hdds decided transfering the hitachis and the samsung are too small to be worth using, will continue to add more 4tb as the storage needs increases.

Here is a picture when i started to transfer components from the Antec1200, flashing the bios and HBAs. 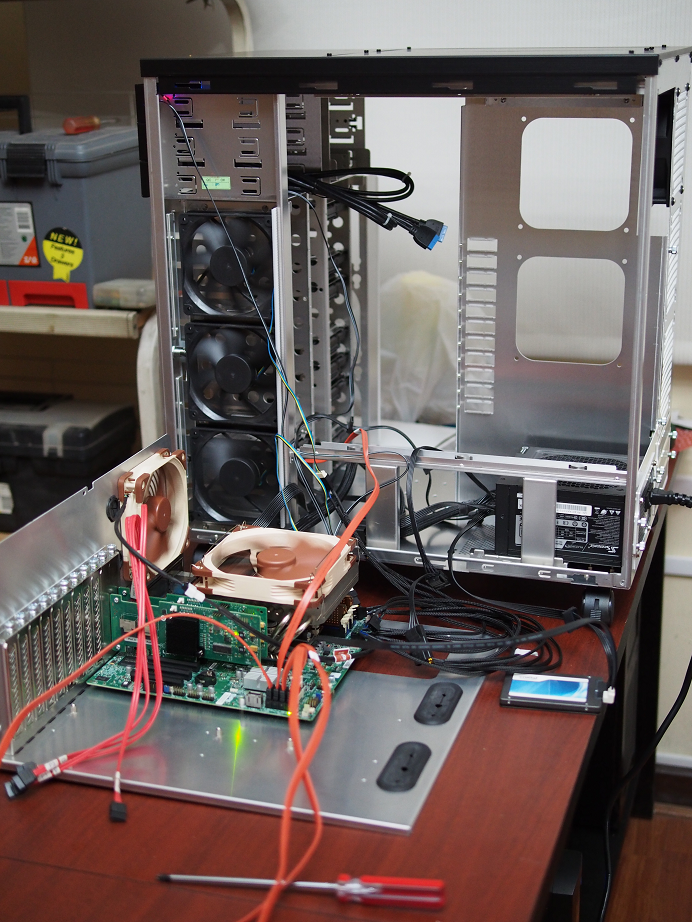 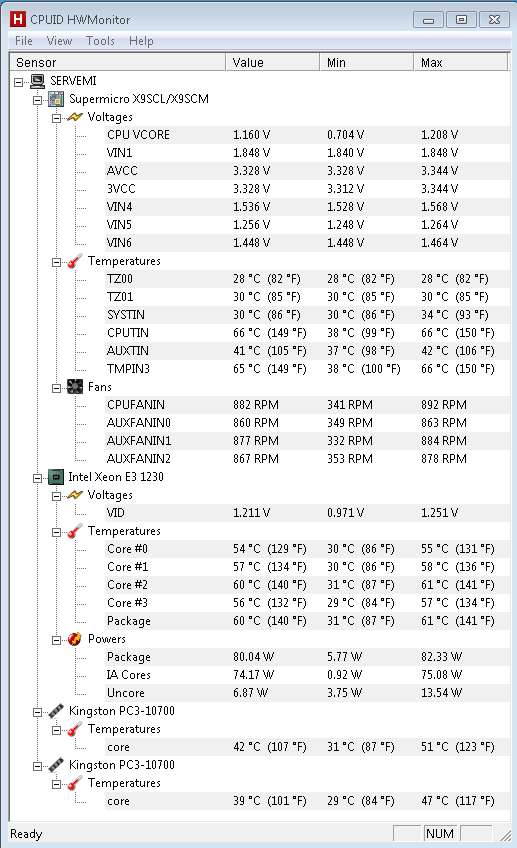 I leave you some pics of the finished build, 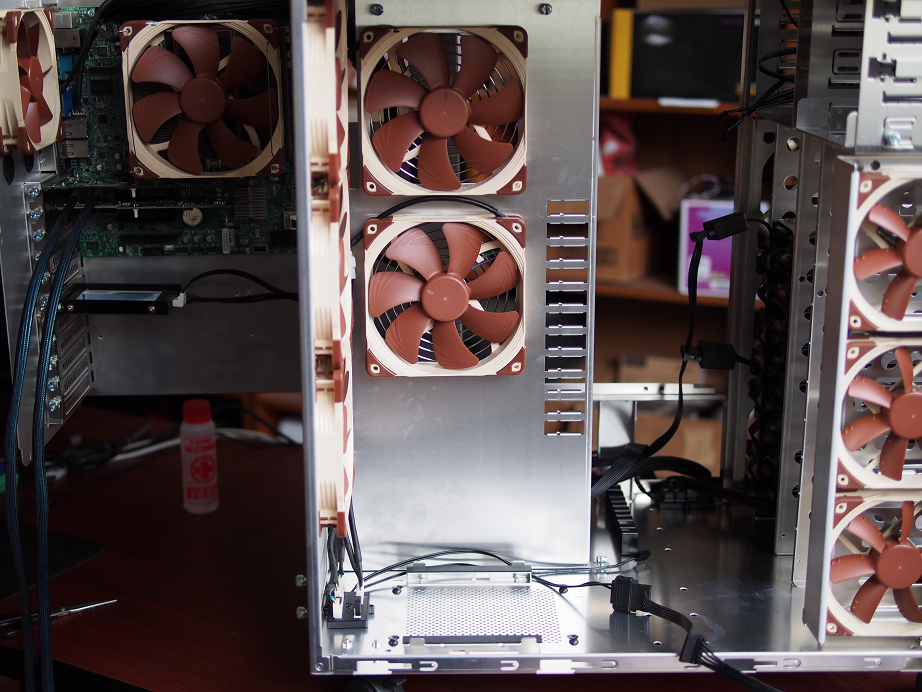 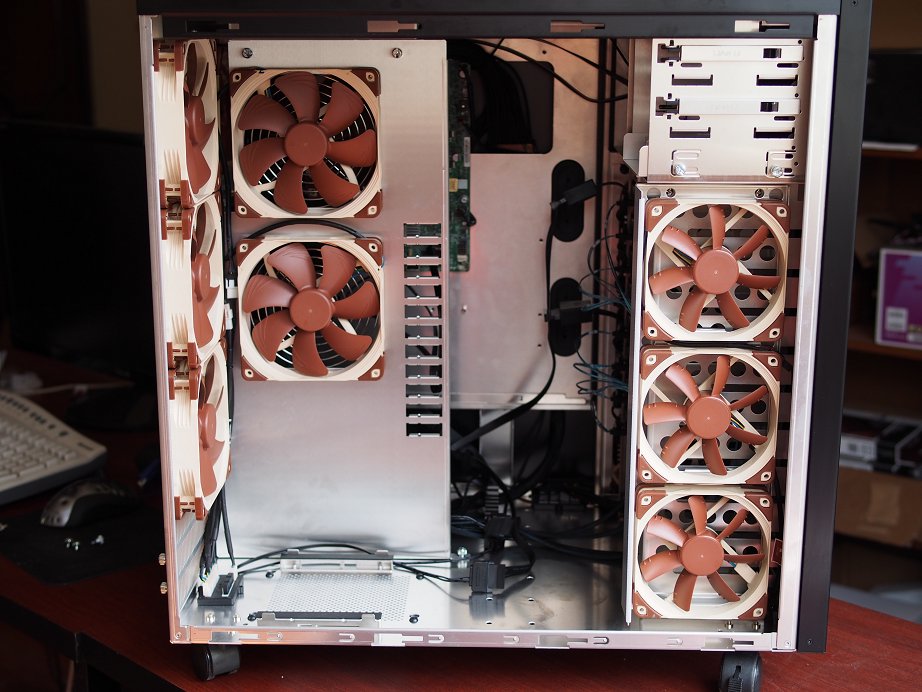 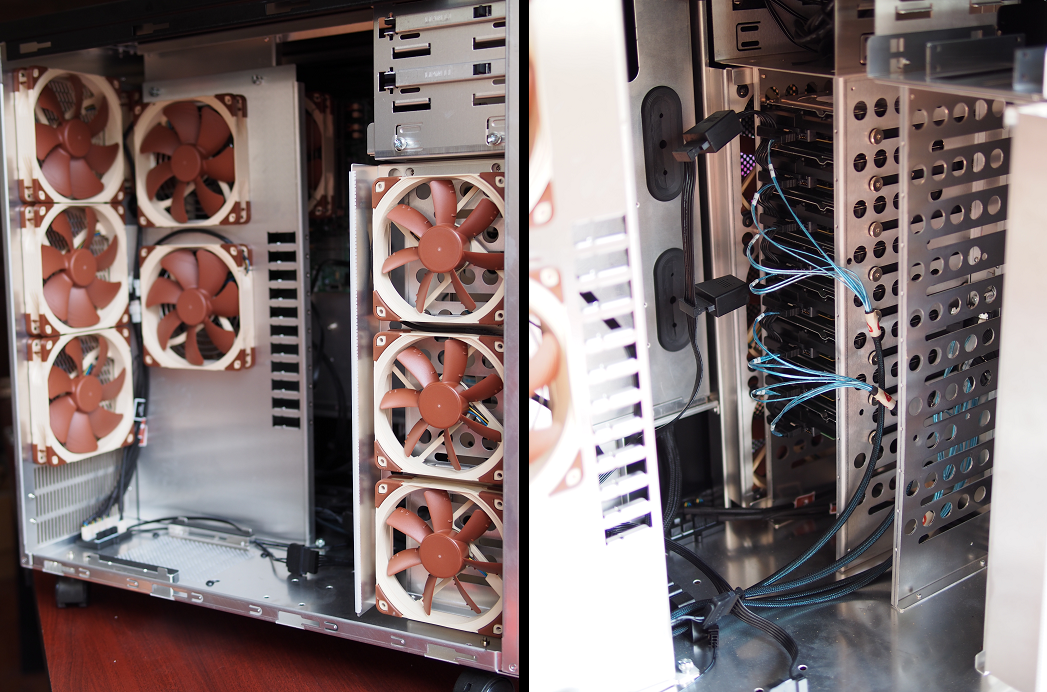 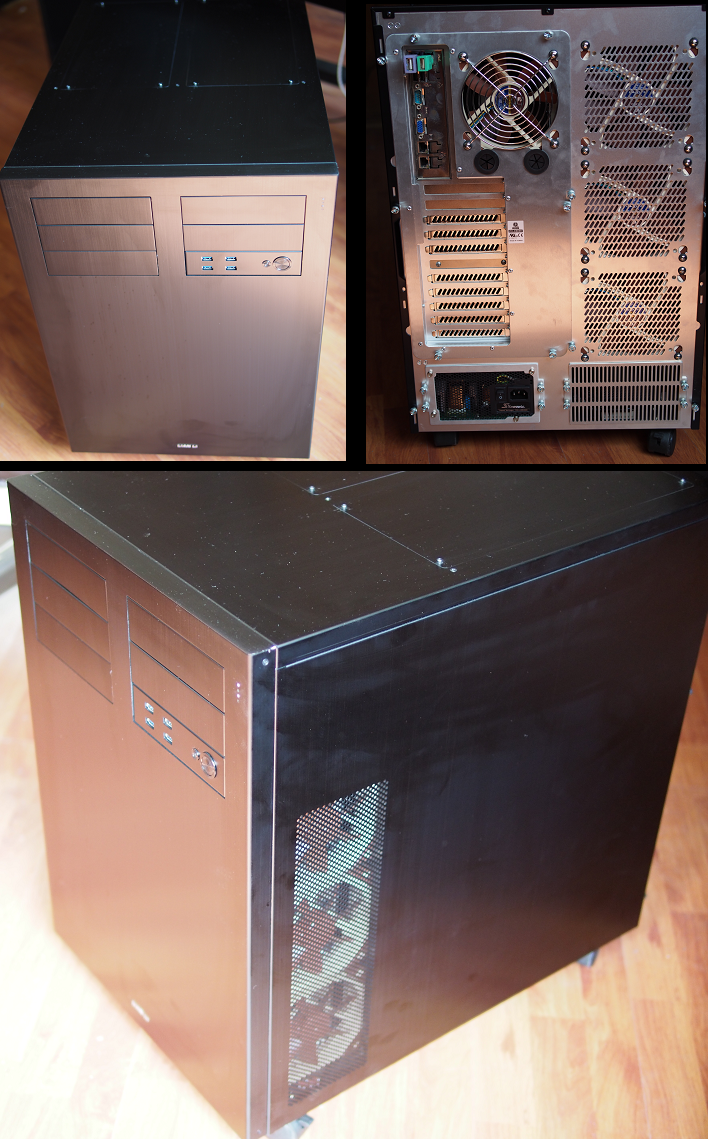 This is the pool and scanner, that manages to read smart attributes behind the HBAs, like temperature =) by aerial
Are you sponsored by Noctua or actually paid for all these fans?