Now that I have more mobile devices in my house using wifi, one wireless router downstairs and a wired switch upstairs isn't cutting it. I'm hesitant to go with the typical router + AP solution. I find consumer routers to be fickle / the least reliable device in my network. No internet access? Nine out of ten times the solution is reboot the router. Don't think I want to double down there

..and I really really don't want to roll my own linux solution. I had some interest in Ubiquiti's Unifi APs. But, I'd still have the existing Asus router.

Eero just started shipping and early reviews look good. One unit acts as the router and two others are access points. I like the idea of mesh network/dual radios so the APs don't compete for router bandwidth. Pretty pricey at $500 for three, though. Another mesh solution is Luma. Not released yet, and no reviews, just CES buzz. Similar to eero but also includes some nice security features with decent granularity. Like eero, it has a phone app for admin and rather than pass out passwords, the user asks for access and you allow/deny via your phone...and can limit their access to the network/internet as a guest as well as set data limits/time limits and boot them at will. Presale pricing is $299 for 3 units.

Spec info is pretty limited and there's nothing on power use. I pinged customer support and got a cheery reply with no information other than more info will be available at product release. Oh, I did find out the wall wart is 1x1x2", but I don't know if the power plug on the device is straight or right angle/how far it protrudes. At least one of these would be hung on a wall and the current device is not set up for wall mounting...so it's a DIY affair.

So, even though I have absolutely no idea how well it'll perform, how stable it is, how I'll mount it on the wall, or how much power it uses, I pre-ordered three through Amazon (an equity owner in Luma).

The good news is Amazon won't charge my credit card until the order is ready to ship, and while Luma is claiming Mid-June for shipments, Amazon says end of July when you've placed the order. So, I should have time to look at early reviews and kill the pre-order if it looks ugly...and worst case, Amazon has a great returns policy.

Ubiquity Access Points to me are best, its enterprise grade hardware at very accessible price points, very easy to setup software. I have done 5 different networks with them in the last two years, really amazing stuff, you can even name all your network as one, and your devices move all over the newtwork without a hickup, i have no regrets, and recently i upgraded to their AC Pro versions to increase the throughput, all working great. 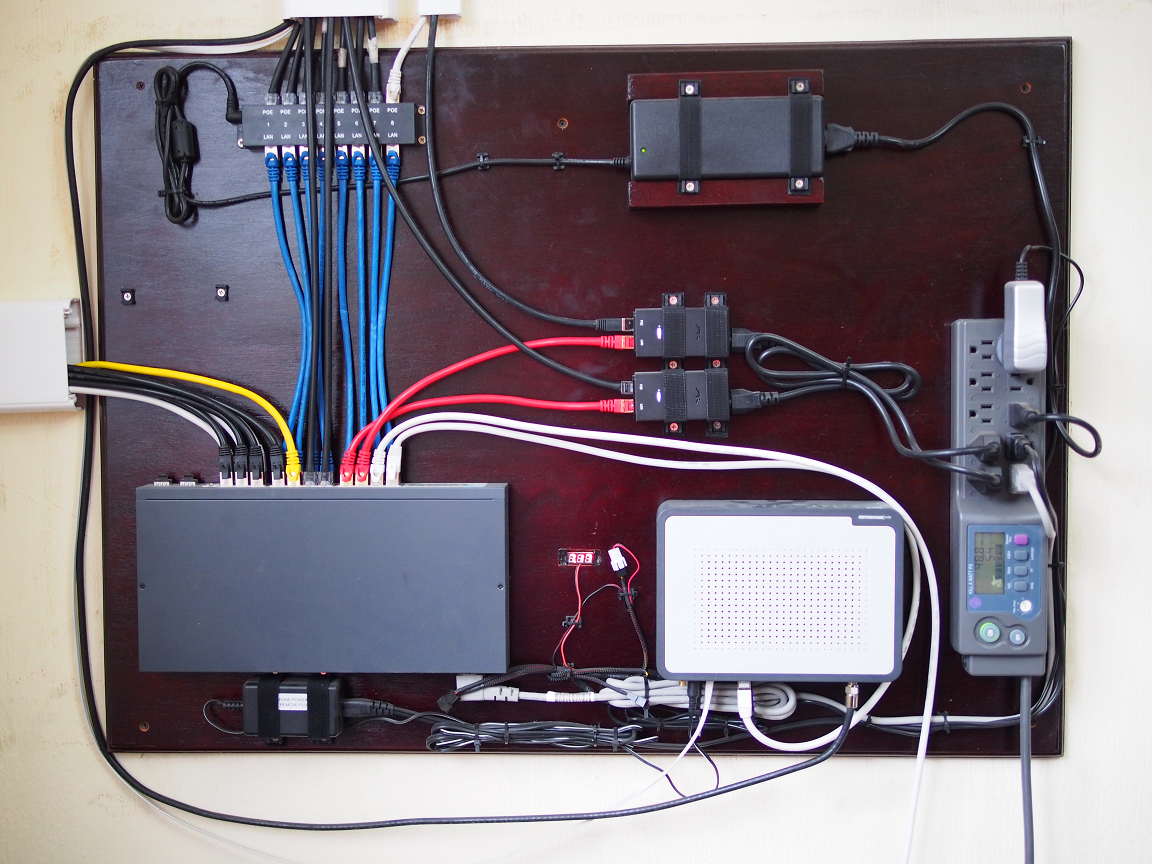 agreed. ubiquiti's mesh is the only one ive seen that actually handles wifi handoffs without a hitch. I install about 2- 3 a week. (just make sure you have updated firmware)

abula what is the red led readout for, in the bottom middle? poe voltage? temperature?
Help SPCR keep the lights on, use these links when you buy: NCIX, Amazon and Newegg
Top

xan_user wrote:abula what is the red led readout for, in the bottom middle? poe voltage? temperature?

I cancelled my Luma order after looking at some early info on Ubiquiti's Amplifi mesh kit.